The pandemic is fuelling deplorable racism and discrimination, especially against Asian people. Education and research will also pay the price.

When the World Health Organization (WHO) announced in February that the disease caused by the new coronavirus would be called COVID‑19, the name was quickly adopted by organizations involved in communicating public-health information. As well as naming the illness, the WHO was implicitly sending a reminder to those who had erroneously been associating the virus with Wuhan and with China in their news coverage— including Nature. That we did so was an error on our part, for which we take responsibility and apologize.

For years, it was common for viral diseases to be associated with the landscapes, places or regions where the first outbreaks occurred — as in Middle East respiratory syndrome, or Zika virus, named after a forest in Uganda. But in 2015, the WHO introduced guidelines to stop this practice and thereby reduce stigma and negative impacts such as fear or anger directed towards those regions or their people. The guidelines underlined the point that viruses infect all humans: when an outbreak happens, everyone is at risk, regardless of who they are or where they are from. 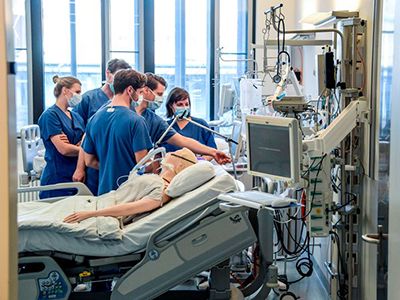 Researchers: show world leaders how to behave in a crisis

And yet, as countries struggle to control the spread of the new coronavirus, a minority of politicians are sticking with the outdated script. US President Donald Trump has repeatedly associated the virus with China. Brazilian lawmaker Eduardo Bolsonaro — the son of President Jair Bolsonaro — has called it “China’s fault”. Politicians elsewhere, including in the United Kingdom, are also saying that China bears responsibility.

Continuing to associate a virus and the disease it causes with a specific place is irresponsible and needs to stop. As infectious-disease epidemiologist Adam Kucharski reminds us in his timely book The Rules of Contagion, published in February, history tells us that pandemics lead to communities being stigmatized, which is why we all need to exercise more care. If in doubt, seek advice, and always fall back on the consensus of the evidence.

Failing to do so has consequences. It’s clear that since the outbreak was first reported, people of Asian descent around the world have been subjected to racist attacks, with untold human costs — for example, on their health and livelihoods. Law-enforcement agencies say they are making investigation of hate crimes a high priority, but such inquiries might come too late for some, including many of the more than 700,000 Chinese undergraduate, master’s and PhD students studying at universities outside China. The majority are in Australia, the United Kingdom and the United States. Many have returned home while their institutions are closed owing to lockdowns, and many might not return. Students are hesitating to come back, in part because of fears of continuing racism, along with uncertainty over the future of their courses and not knowing when international travel will resume.

These young people will experience disruption and the loss of new connections and opportunities. But the loss of students from China and other countries in Asia has wide-ranging -and worrying implications for the scholarly enterprise, too. It means that universities in the affected countries will become less diverse — something that has not happened for generations.

A loss for all

For decades, campuses have striven to boost diversity, and countries have enacted policies to encourage international academic mobility. Diversity is valuable for its own sake. It encourages understanding and dialogue between cultures, and sharing of points of view and ways of being. And it has always been a fuel for research and innovation. 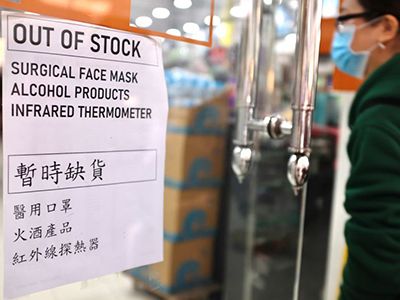 Moreover, a diverse campus body is needed to improve policies and structures so that universities — and research publishing — can become more welcoming. Many barriers to diversity remain: in the April issue of Nature Reviews Physics, for example, researchers and science communicators from China, India, Japan and South Korea report examples of discrimination and other factors that prevent them being heard in international journals (S. Hanasoge et al. Nature Rev. Phys.2, 178–180; 2020).

Many leaders want to listen to and act on expert scientific advice to deal with this pandemic and save lives. On terminology, the advice is clear: we must all do everything we can to avoid and reduce stigma; not associate COVID-19 with particular groups of people or places; and emphasize that viruses do not discriminate — we are all at risk.

It would be tragic if stigma, fuelled by the coronavirus, led Asia’s young people to retreat from international campuses, curtailing their own education, reducing their own and others’ opportunities and leaving research worse off — just when the world is relying on it to find a way out.

None of the above statements represent NEXT FEDERATION’s opinion