The forum was guided by the Hebei Provincial Department of Science and Technology, hosted by the Shijiazhuang City Science and Technology Bureau and the Tangshan City Science and Technology Bureau, and undertaken by Hebei Noah Haichuang Human Resources Service Co., Ltd. and  NEXT Federation.
Co-organizers also included the Nuotu International Business Management Consulting (Beijing) Co., Ltd. and Beijing Wangteng Technology Co., Ltd. The online gathering featured an opening ceremony, speeches by leading experts in the field, signing of cooperation agreements, online broadcasting and viewing, and a live dialog between environmental protection enterprises, academics, and experts within the industry. The dialog revolved around current relevant topics within the industry, cutting-edge technologies, and advanced theoretical concepts in the field of energy conservation and environmental protection. It also served as an opportunity for providing a clear picture of the current status of the Hebei province’s current development within the field, specifically Shijiazhuang City and Tangshan City, in order to better come up with forward-thinking ways for further development.

Academician, Fellow of the Royal Society of New Zealand

Professor Gao Wei received his Ph.D. in 1988 from the University of Oxford, England, and immediately moved up to engage in scientific research at the Massachusetts Institute of Technology in the United States.

He came to New Zealand in 1992 and got himself involved in both teaching and scientific research at the University of Auckland. He has led several research teams covering the fields of solar energy-absorbing materials, new nanomaterials, and energy-saving and environmentally friendly materials.

He also served as an adjunct professor in many famous universities in China and the rest of the world. In the present day, academician Gao Wei is a member of the Royal New Zealand Academy of Sciences, a professor at the University of Auckland, and the honorary chairman of the New Zealand-Chinese Scientists Association.

A UNSW professor working on interdisciplinary research interests and projects across the fields of chemistry, materials science, and microbiology with the goal of developing new antibacterial coatings to prevent contamination of medical devices and implants. Said research focuses particularly on hospital-acquired infections and the development and adoption of antimicrobial technology in public health settings.

Graduated from the Technical University of Graz, Austria, he has been focusing on research in the field of chemical pharmacy since his student days, developing a deep understanding of chemical drug research and development. He was a senior researcher in the Cancer Research Center of the University of Auckland and is currently the technical director of the New Zealand PR Drug Research Institute and the chief scientist (concurrently) of Wuhan Wuyao Pharmaceutical Co., Ltd. 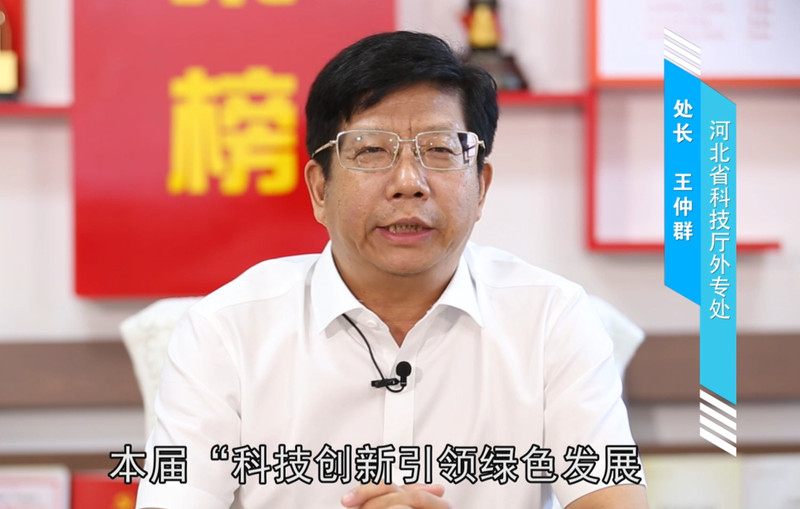 Wang Zhongqun, Director of the Foreign Experts Management Division of the Science and Technology Department of Hebei Province, attended the meeting and delivered a speech.

Wang Zhongqun, Director of the Foreign Experts Management Division of the Science and Technology Department of Hebei Province, said that within the context of the coordinated development of Beijing-Tianjin-Hebei, the energy conservation and environmental protection industry is becoming a new economic growth point.

Thus, it is imperative to vigorously improve the zone’s ecological environment and promote new environmentally-friendly approaches toward production methodologies. The Hebei Provincial Department of Science and Technology (Foreign Experts Bureau) sincerely invited all international guests to Hebei to cooperate with talent development, technology, and projects, to participate in Hebei’s scientific and technological innovation, to share Hebei’s innovation and development achievements, and, finally, to symbolically join hands to create a better tomorrow in what would be a win-win scenario of cooperation for everyone involved. 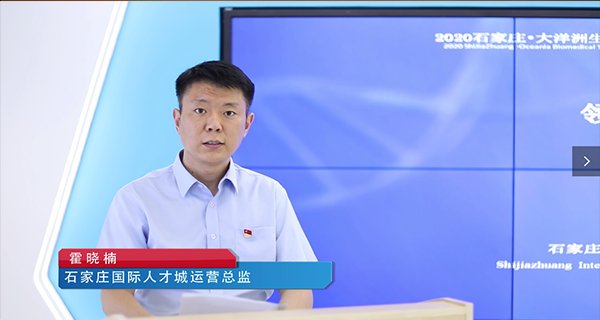 Huo Xiaonan, Director of operations at Shijiazhuang International Talent City, spoke about the Shijiazhuang International Talent City initiative: a comprehensive service platform that integrates the introduction of experts, the incubation of entrepreneurial projects, the transformation of scientific and technological achievements, and resource sharing along with the integrating of government, enterprises, social institutions, and professional talents. Effectively, he explained, the initiative is a gathering of resources to integrate built up a powerful “government-enterprise-social talent alliance” cooperation network.

For him, this forum represented a chance to build a platform for experts from Shijiazhuang’s biopharmaceutical industry to have exchanges with global academics and develop up-to-date perspectives, have a chance of connecting talents and enterprises, evaluating the incorporation of new technologies to promote industrial transformation and upgrading geared towards the harmonious development of Shijiazhuang’s economy and high-tech industries. 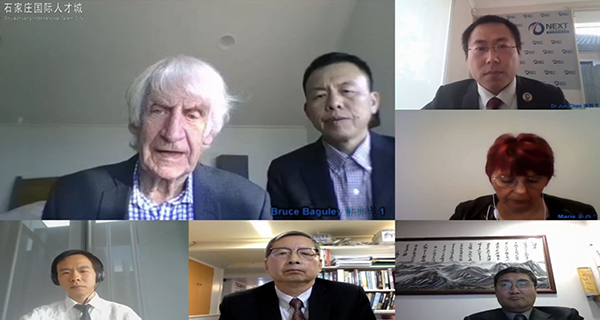 Zhao Yingxiang, Chairman of the Council of NEXT Federation, said that New Zealand, Australia, and other Oceania countries are key partners in the “Belt and Road” initiative. As such, it is within the interest of China and the Oceania countries to strengthen research cooperation among countries that are part of the initiative to actively research major scientific issues and common challenges, as well as following the direction of the NEXT Federation.

Professor Bruce Baguley delivered a warm speech at the opening ceremony. He expressed hope that, through this forum, participants could carry out insightful exchanges and promote cooperation with local biomedical enterprises in Shijiazhuang. Thus, jointly encourage the introduction of cutting-edge technology to Shijiazhuang in order to further its development. 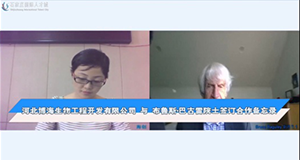 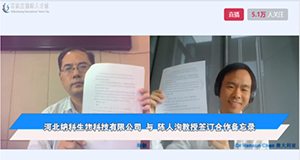 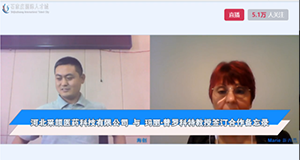 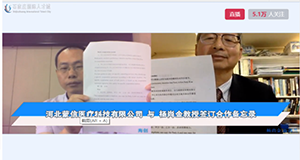 Professor Bruce Baguley, Professor Mary Proctor, and other experts participated in the roundtable forum on “Global Fight against COVID-19 and Development of Biomedical Industry”.

During the meeting, experts focused on the current levels of collaboration between Shijiazhuang and Oceania in biotechnology and academic fields, shared the industry trends of international medical biotechnology in the context of global efforts to reign in pandemics , and expressed their active willingness to cooperate with the Hebei Province, especially Shijiazhuang City, to promote research on biomedical technology along with the further development of the industry.

Three international experts from the field of medicine held an academic exchange. Professor Bruce Baguley shared his research regarding new anti-cancer drugs; Professor Chen Renxun shared the theme of “the next commanding height of bioactive materials”; Professor Yang Shangjin focused on “Late-stage functionalization to promote the discovery of anti-cancer drugs.”

The event also represented an innovation in the way the industry currently holds its events within the current backdrop of the global pandemic by exploring new opportunities for online communication. It also explored new ways for international cooperation within scientific and technological innovation to also help improve the ways we communicate online.